Burning Bright is a night-time procession for street, town & festival sites. From the forests of the night and the sinews of the heart comes a scrapyard menagerie of illuminated beasts & creatures accompanied by musical towers, performers, lights, & pyrotechnics. Forged in the wild places of the human imagination, Burning Bright combines high intensity animation of beasts & puppets; live music and sound and dazzling, atmospheric pyrotechnics. This is a bestiary that roars out from the page and onto the streets in a constellation of energy and delight.

Skimmity is a processional delirium of wild music, mobile towers & sound sculptures, pyrotechnics and performers. Drawing on traditions of noise in ritual and celebration, free jazz, street music and sound art, Skimmity brings a right riotous racket to your streets.

“Strange noises fill the air: the skronk of the saxophone, the thunderous funk of percussion, the parping of horns, hooting of sirens, clanging of bells and wafting columns of coloured smoke announce the arrival of Skimmity…” 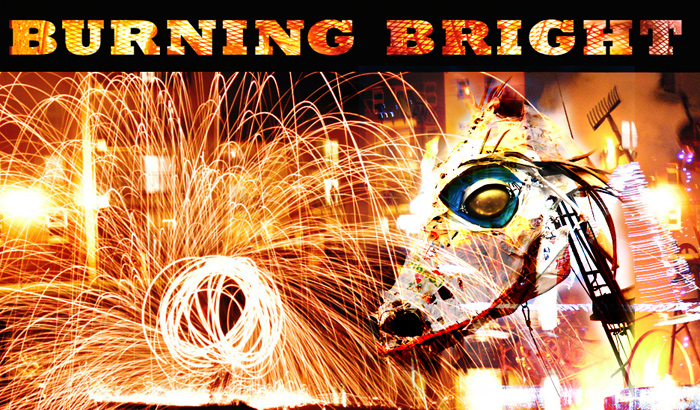 Welcome to The Isle of Noise

Welcome to the Isle of Noise: Tim Hill’s ongoing investigations into the history of noise, celebration, protest and outdoor music making.

Hurly Burly and other Ballyhoo 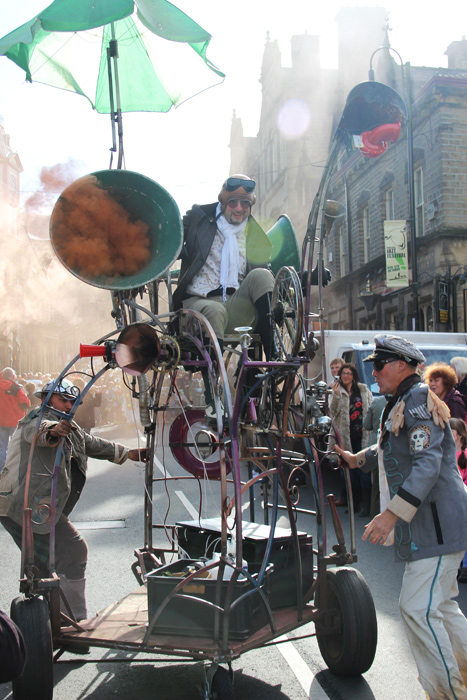 The Hurly Burly and Hullabaloo of work and life has meant we’ve been sorely neglecting the blog of late. Well we got the plumbers in, removed the blockage from the blog and it should be running freely now….

The Dust has settled on the Pandaemonium Parade – we’ve been far too busy to tweet and post online – lazy Luddites we are. Spare Parts and Tram Sunday were fantastic – Fleetwood well and truly rammed to the gills with sun soaked, happy people. 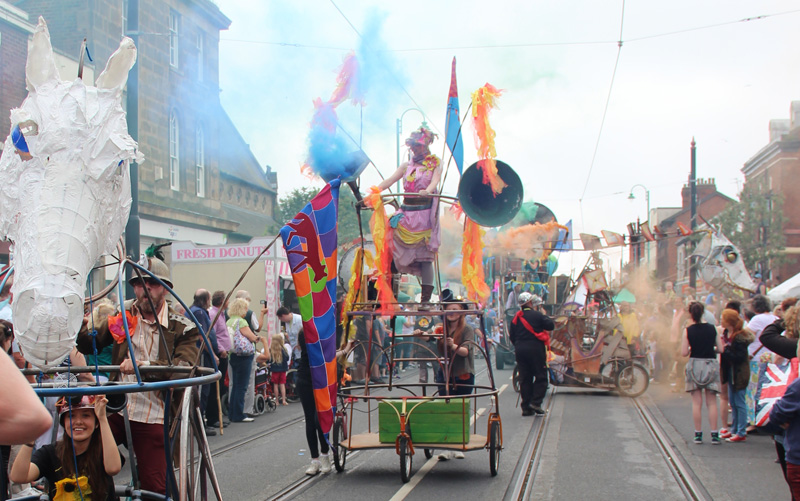 The Ghost Horn from Rag and Bone on Vimeo.

We’ve recently posted some newly found footage of one of our favourite shows from the last few years onto Vimeo. The Ghost Horn was a watery lament and processsion held in 2 locations in Taunton and Bridgewater in 2012. We think it has further potential and we’re keen to re-invigorate and revive it for other locations – canals, rivers, marinas and lakes.